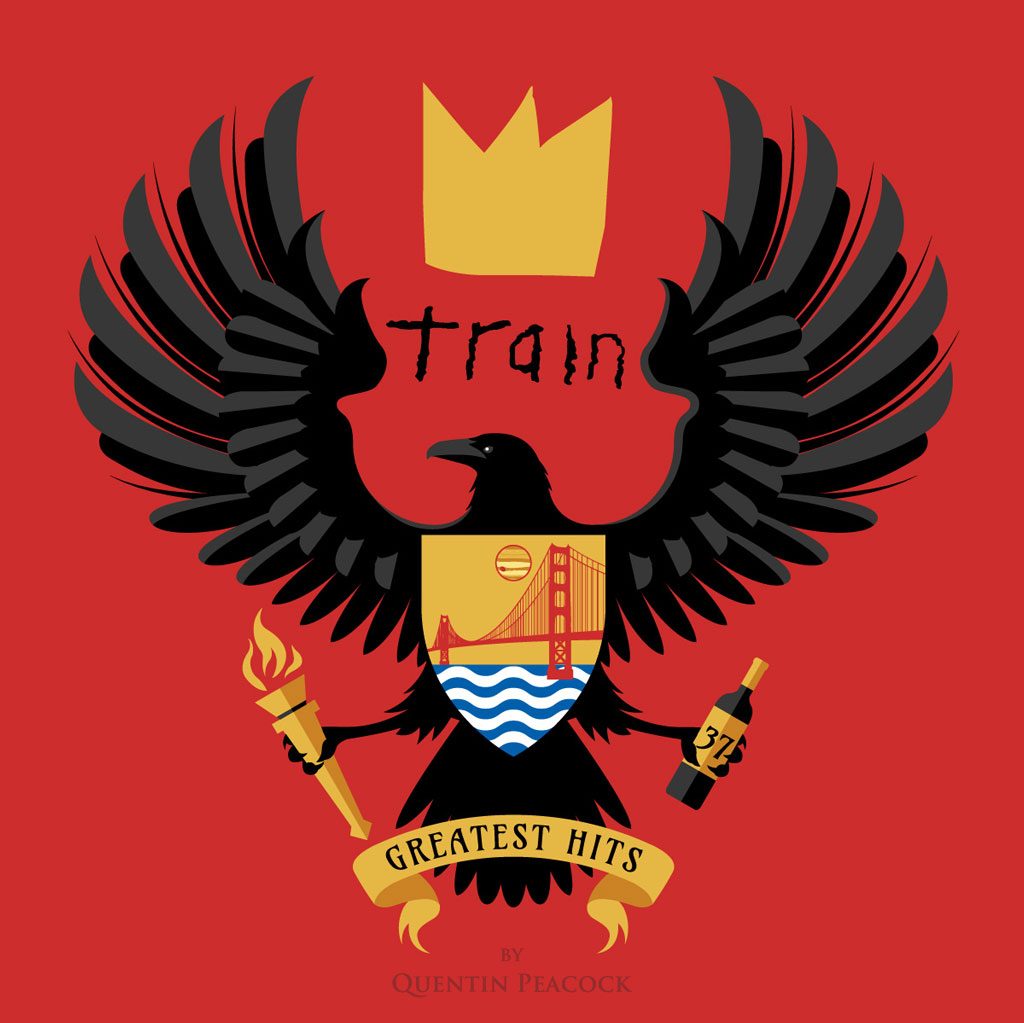 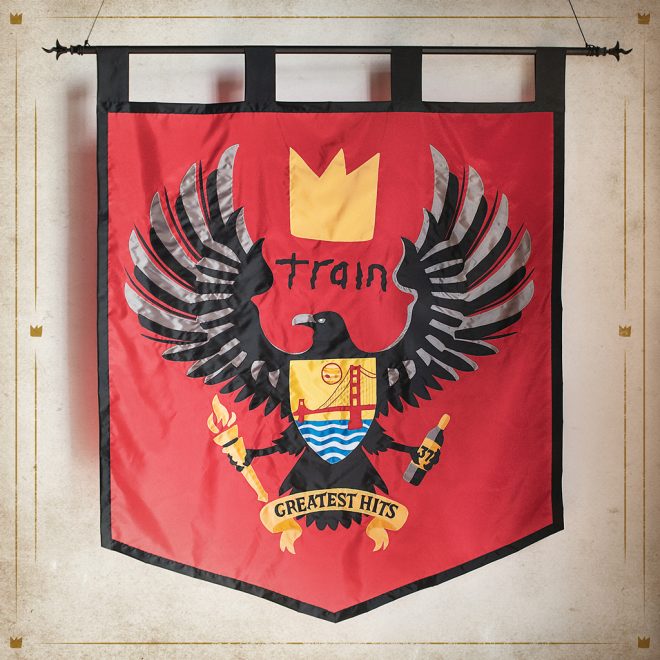 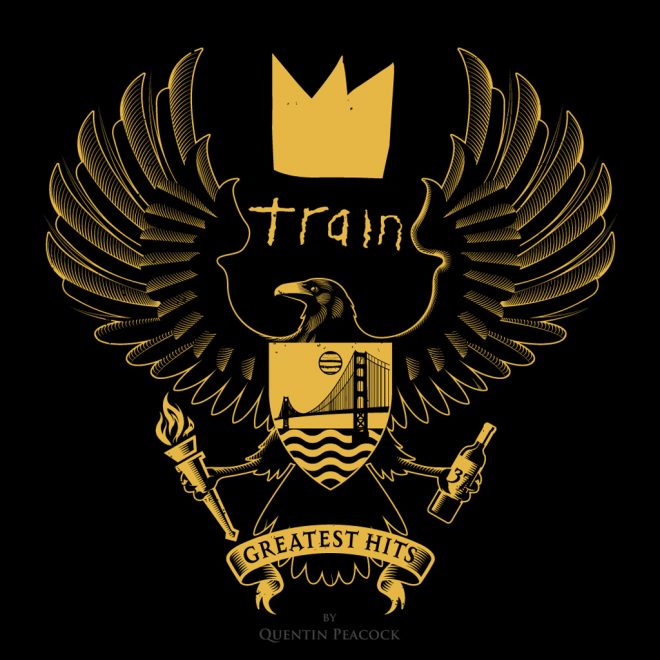 I am always really interested to see examples of heraldry being used in popular culture, so I was really happy to be commissioned by Sony Music to create a fictional Coat of Arms for one of their artists, Train, for their Greatest Hits album cover. My design used imagery inspired by eight of Train’s hit album back catalogue. My artwork was then used to create a silk pennon/flag which was then photographed for the actual album cover. I also created a version of the original illustration to be printed on the official Greatest Hits tour t-shirt!

You can buy your own copy on Train’s official website. 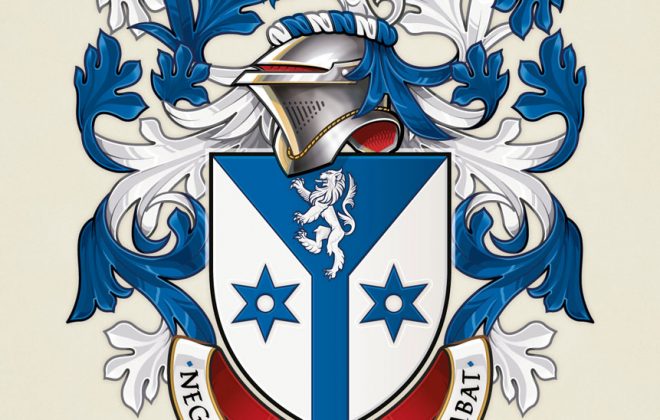 This was a particularly fun project, especially the burning tavern as the Crest which has… 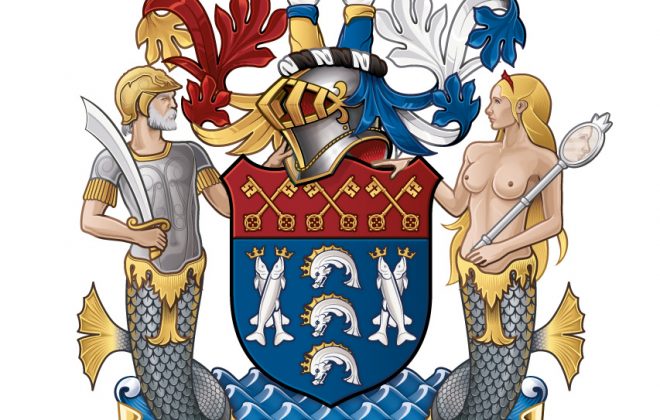 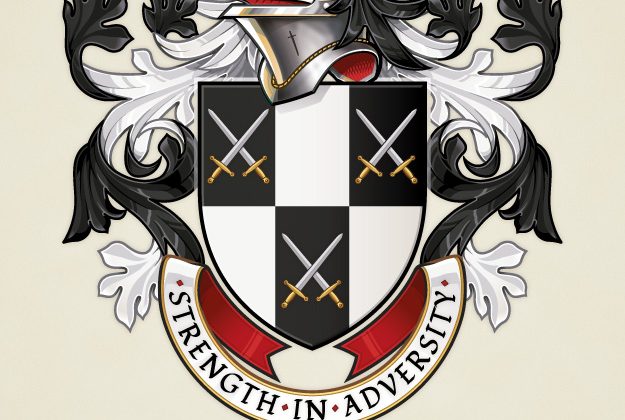 The Full Achievement and Badge of Andrew Wolstenholme