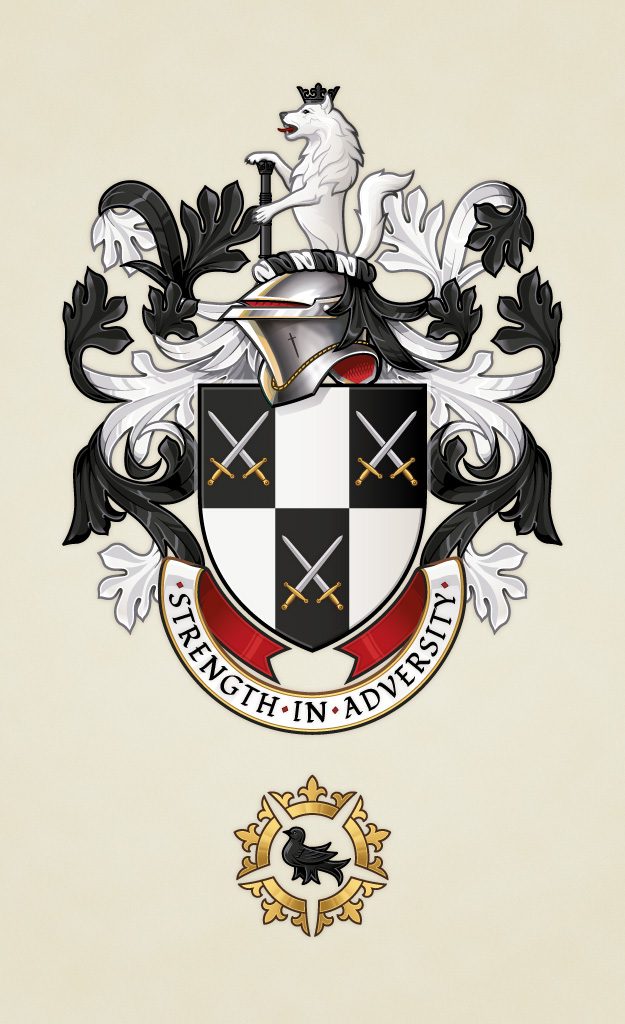 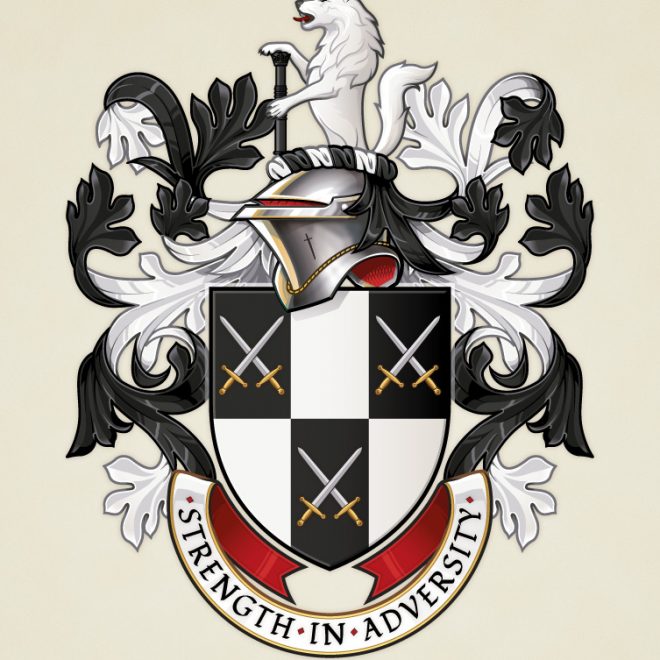 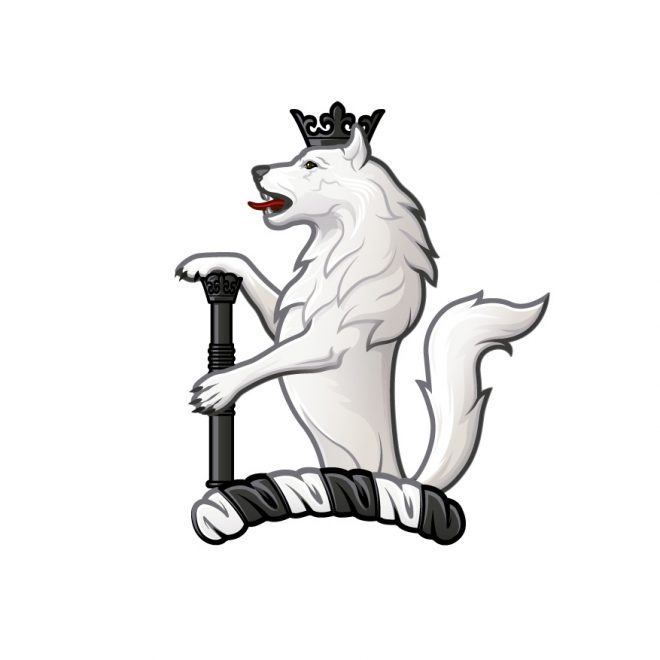 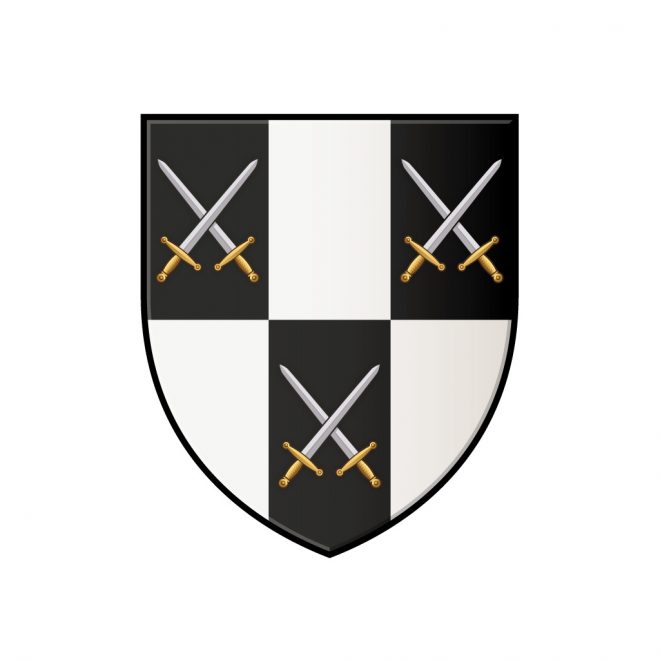 The Full Achievement and Badge of Andrew Wolstenholme

A beautifully elegant design blazoned by Peter O’Donoghue. I really enjoyed creating a more realistic style of demi Wolf for the Crest.

Arms: Per fess Sable and Argent a Pale counterchanged on the Sable three pairs of Swords in saltire Argent hilts and pommels Or.

Crest: Upon a Helm with a Wreath Argent and Sable A demi Wolf Argent crowned with an Ancient Crown supporting with the paws a Police Tipstaff palewise Sable. 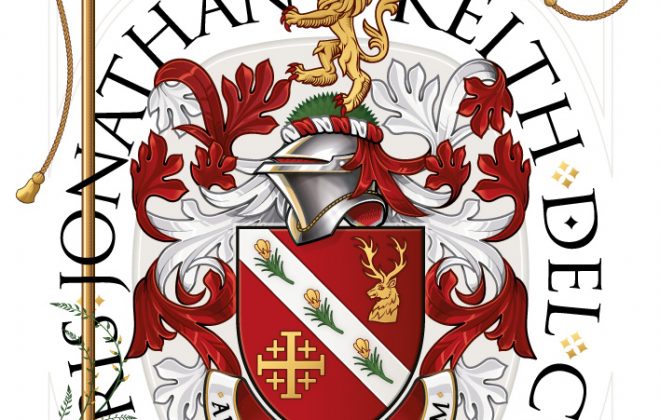 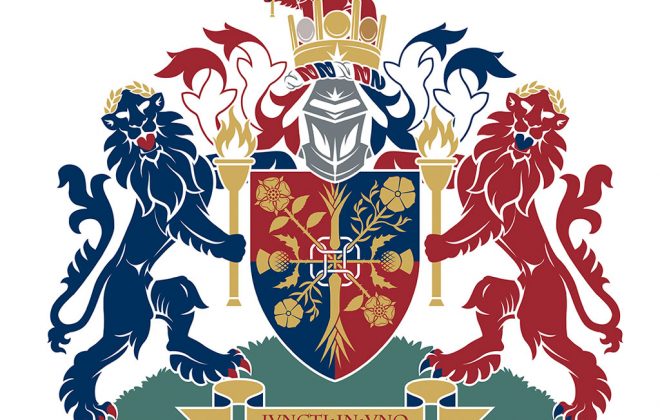 Working with Clive Cheesman, the Richmond Herald, we created a new design for the British… 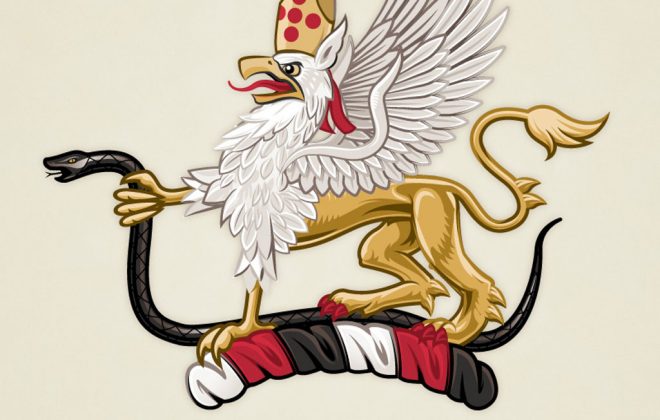 A vector rendition from the original hand painted version. 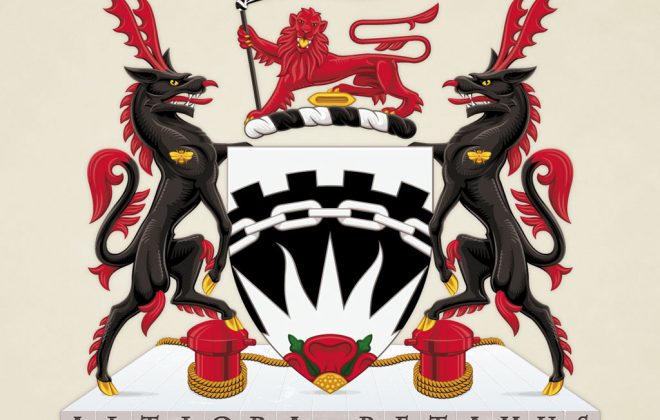 University of Salford Coat of Arms